Half way to St. Paddy's Day and one oyster too many. 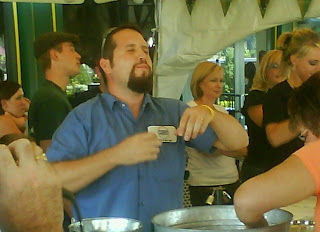 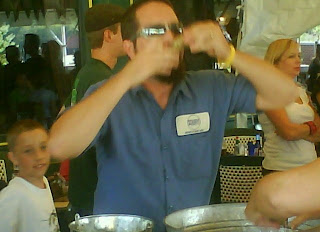 So you may have heard that our farm beer dinner to Wisconsin was postponed for last Saturday. Well, I had my parents watchin' after the rugrats, so we ventured out to Galway Tribes for their "Half way to Paddy's day celebration". While intrigued by the thought of an oyster eating contest, I was really headed for some great craic and several pints of awesome beer. But, one thing led to another and after a little peer pressure from some strangers, I was in.
I didn't really dominate like Kobayashi at Coney Island, but I downed 27 in two minutes. Peeking at the finals it looked like I was about 8th out of 16. Not bad! The winner, by the way did 43 oysters in 2 minutes. Dang! It wasn't too hard and most small ones I grabbed slid down easily, but there were a few big ones that got stuck on the middle floor let's say. I wish I had a pint of Guinness to wash that down. No bad after effects or anything (unless you count that afrodisiac thing they talk about with oysters..........)
Cheers!
Matt
Posted by BrewerM at 4:48 PM