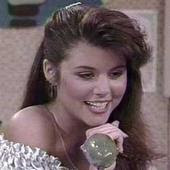 Well, we certainly have had a lot of questions about the new label for our Baltic Porter, so I thought I would explain the timeline a bit and our thinking. When we decided to bottle our award winning Baltic Porter, Killer Kowalski we enlisted Joe Krystofiak again, artist on the Collaborative Evil and Wooden Hell, He designed a great label very similar to the one posted below. We submitted the label for approval with the government and chose not to check on consent to use the name. Joe and a few others suggested we should consider that first. However, we had a handful of others in our camp who felt it wouldn't be a problem. Well after much delay, most by me and some by the government (not Joe-he's awesome. contact me if you need graphic design work done or check out http://www.ellipsisdesign.net/ ) we were told we could not use the name "Killer Kowalski" on the label unless we had written proof from the estate on their letterhead. Well, we weighed our options and checked our time. Sadly we had set the release date and there was really neither time to have Joe start over or hope to get permission without having to give a large some of money to use the name. Since the plates needed to be made for printing the label and so forth, we were under the gun.
Then, I had a Zak attack! The name Kelly Kapowski rushed into my head and the beer was renamed. After a little research into all things Saved Be the Bell, we found that episode 1.4 featured Zac being threatened by and angry Kelly and he referred to her as "Killer Kapowski". A new beer was born.

Kelly: So many boys, so little time. 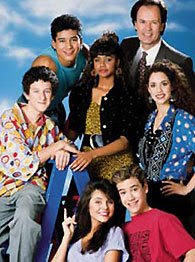 ally, well I just want to know that I'm keeping my calendar clear, you know what I mean?
Kelly: I know what you mean, you want me to ask you?
Zack: You could do worse.
Slater: You could do better.... a lot better.

Mr. Belding: Zack, calm down. Just tell me who's threatening you.
Zack: Kelly "The Killer" Kapowski.
Mr. Belding: Kelly Kapowski?
Zack: Yes.
Mr. Belding: Excuse me for a minute.
[turns head to laugh]
Mr. Belding: [still snickering] What's she gonna do? Spike you to death with a volleyball?

Now, I would like to mention that this beer is now way was meant to be associated with Kelly Kapowski or Saved By the Bell and any reference to the real thing is merely coincidence! We were simply inspired by the above references or something like that.....

Rest assured that the beer we have made was the original award winning Killer Kowalski and purchasing said beer will bring as much enjoyment as you experienced when we served it on draft. Sorry for all the confusion. See you at the release on February 7th
Cheers!
Matt
Posted by BrewerM at 12:26 AM