This is Radio Clash Maria, from Pirate Sattelite

This past week Matt and I finally juggled the schedule around to take Tom Sheehan up on his offer to visit at Radio Maria in Champaign. They are a really cool restaurant that has been around for a long time in Champaign that took over an antique store next door to them to open up a full service bar. They feature an impressive list of 27 beers (including ours) and an even more impressive bar. 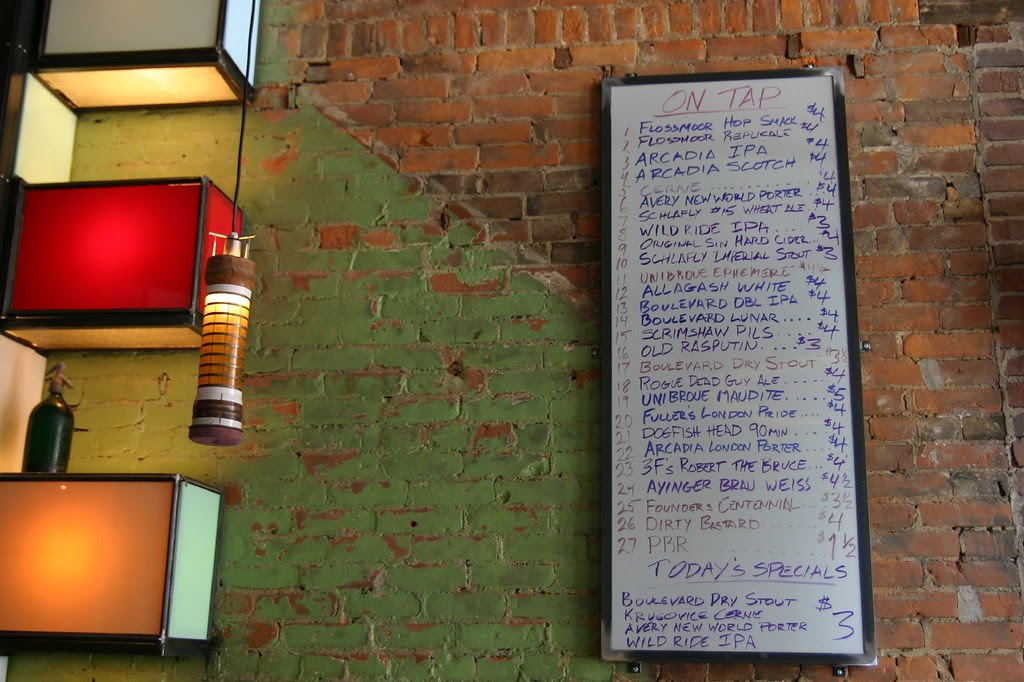 The bar has all kinds of cool recycled and found objects and materials integrated in the design. 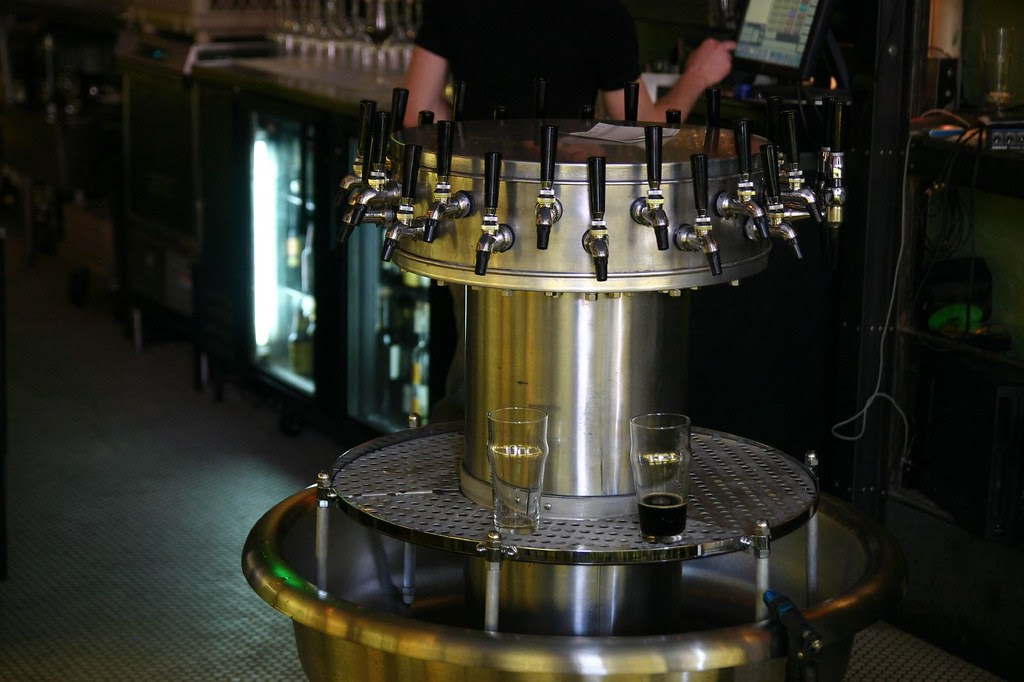 The draught system is an old hand washing sink that was custom modified into a 27 head tapper. They did so much work on it that they patented the design. 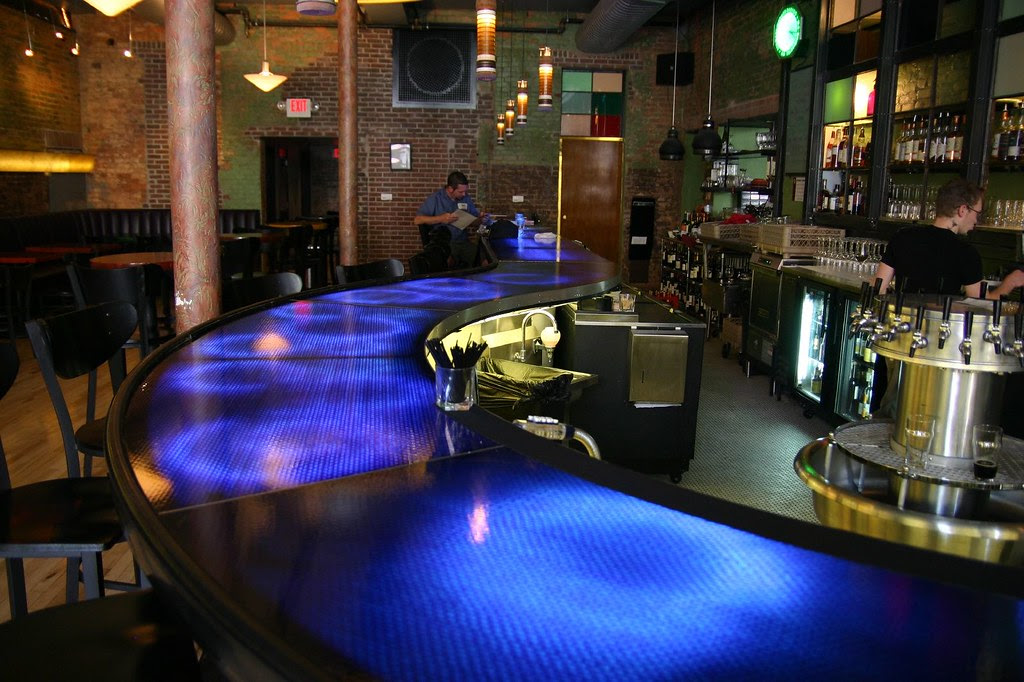 The top of the bar is a really cool blue acrylic plastic with lights underneath, and a rubber escalator railing along the edge. The owner fabricated the whole bar himself in his workshop, cut it into transportable pieces, and brought it back to the bar and reassembled it. And although you can't see it in the pictures, the foot rest underneath was fashioned out of slate from an old hospital or school or jail or one of the dozens of places Tom told us his owner found materials for the bar. One of my favorites were these really cool lights that were hanging from the ceiling. 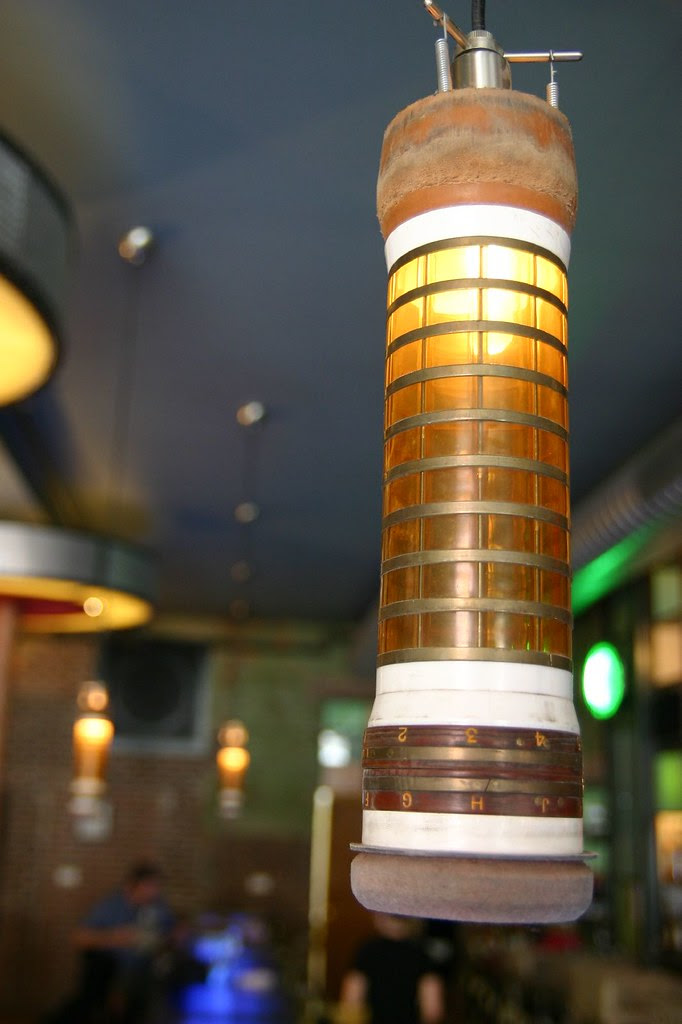 If you can't figure out what they are, think of going to the bank teller. These are old pneumatic tube message carriers that the University used to use in the 60's and 70's to pass information around the school. Radio Maria is crawling with little details like this that really impressed me. Everything had a story attached to it.

So Tom insists that people have been coming into Radio Maria, drinking good beer, asking where the hell Flossmoor Station is, and telling them how to get to us. I believe him so now it's time to return the favor. If you are traveling through Central Illinois, visiting a friend in Champaign, looking at a school to go to, getting a family pleaser at Monical's, or anything that would bring you into the proximity of Walnut and Taylor streets, you need to go to Radio Maria.
Posted by brewer a at 10:51 AM

Great Pictures. I need to get down there sometime.

Matt looks kind of lonely way back there by himself in the bartop picture!