...even if someone does pay you to make beer for a living! 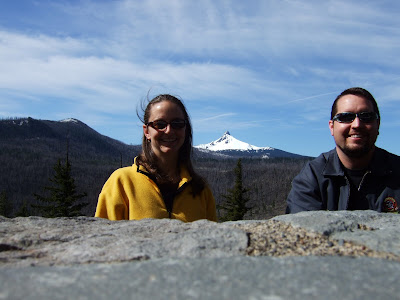 Ever wonder why people love Oregon and the Pacific Northwest? Sure, sure the beer is great, but look at that view. This is on our way from Eugene to Bend when we stopped to "get rid of some coffee." Views like this even make the burned out forest around it look beautiful. And I'm talking about the mountain, not my wife Jenni-though that is nice too!


Anyway, my wife and I spent six gorgeous days drinking our way across Oregon. We ran into some GREAT people, some fellow brewers and some not, drank GREAT beer, and generally had a relaxing weekend with my brother and sister-in-law. 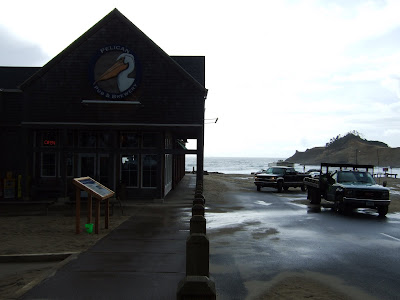 Our first stop from PDX (on the ONLY rainy/cloudy day of the week) was in Pacific City Oregon at the Pelican Brewery whre multi-award winning brewer, Darron Welch crafts some of the finest ales you've seen. Darron has been the small brewpub brewer of the year at the Great American Beer Festival and last year won Large Brewpub Brewer of the year. The view from their patio is literally staring straight at Japan-see: 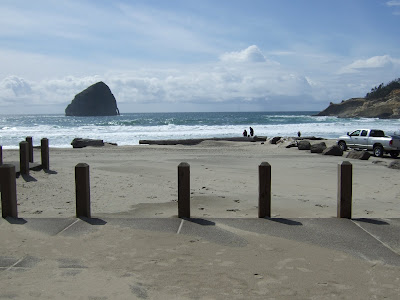 That is a large rock-not Japan. But I guess the surfer's love this little cove and even the staff have surfboards hanging out of there cars in the parking lot. We got the full tour and even got to take a look at their old and newer bottling systems. I paid close attention...hmmmm..bottles of Flossmoor Beer. Maybe some day. Here's what they bottle on: 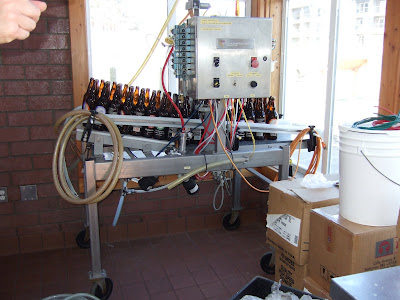 Formerly tricked out by Avery Brewing in Boulder Colorado. Now Darron packages great beer on it. As a send off, Darron raided the "aging cooler" and was kind enough to send us of with some great vintage treats. Thanks Darron!

Next it was on the Eugene. We took the scenic route through Corvallis and arrived at Jenni's sisters' house Thursday night. Waiting in the fridge was a bottle of Oak Aged Abyss from Deschutes and a Collaboration Not Litigation Ale from both Avery and Russian River. I think this is going to be a good trip!

Gratuitous photo of my nephew Javin (hey we stayed at his house-he made me!) 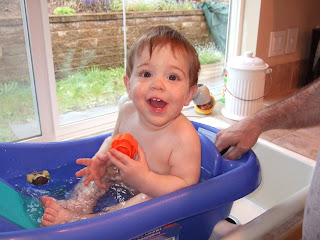 
Next edition, I'll tell you about Friday when I visited the brewers of Eugene.
Posted by BrewerM at 7:44 PM