Where does the time go?

It's been pretty crazy since we got back from St. Louis the last time we checked in with you here at internet.com. We went to Austin for the Craft Brewer's Conference. We were at Alefest at the Arlington racetrack. We had a beer dinner at Galways Tribes, and I worked Dark Lord day at Three Floyds. It's been busy to say the least. So here are some updates.

Alefest went better than I anticipated. There were some hangups with the organizing of the event which led to a shortened advertising period but overall things went really well. The turnout was decent and I'm confident that if it happens again next year that there will be a lot more people than this year. Arlington Park is a great venue and everyone got a chance to sample almost all of the Replicales for this year.

The CBC in Austin was amazing. I had 8 bbq meals in 5 days and I wish I could have had one or two more. I have sold Texas bbq short in the past but it is a mighty force to be reckoned with. In addition to gorging ourselves on smoked meat, we learned a lot at the various seminars and talks that are offered each year. My two highlights were from two Anheuser-Bush folks who gave talks about hops and malting. Whether or not you enjoy drinking their beers they have some incredibly educated staff and I felt very fortunate to be able to sit in on those presentations. CBC pictures can be found here.

On April 24th we had a beer dinner at Galway Tribes in Frankfort which went swimmingly. Those that came got to sample De Zuidentrein Frambozenbier, Blanche DuBois, Young Sarge, Wooden Hell, Pullman Brown, and Hoppy Little Gnome, all hand paired with dishes by Galway's Chef. 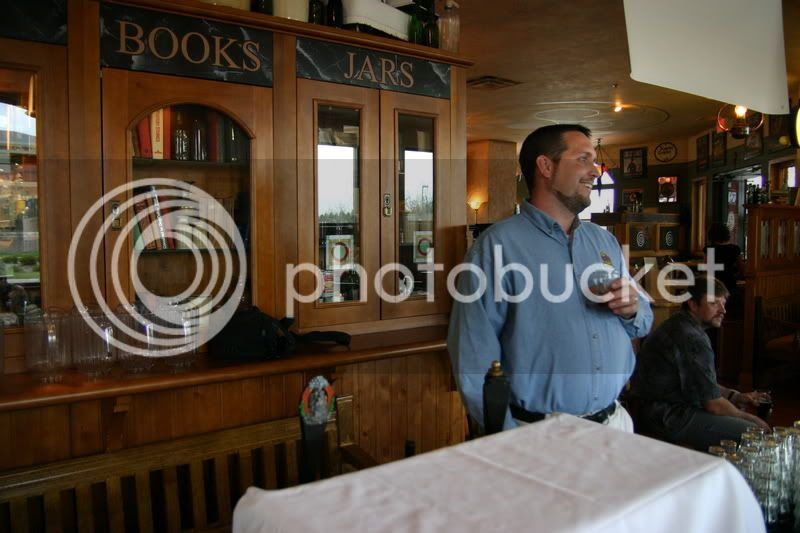 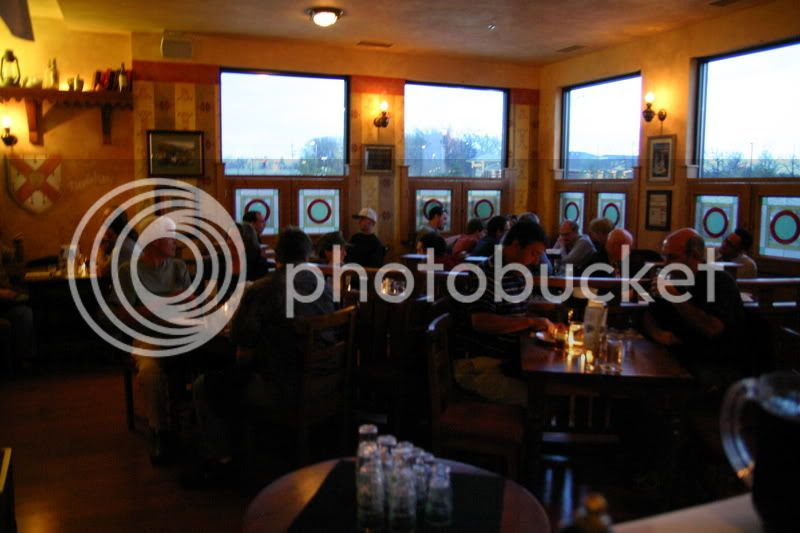 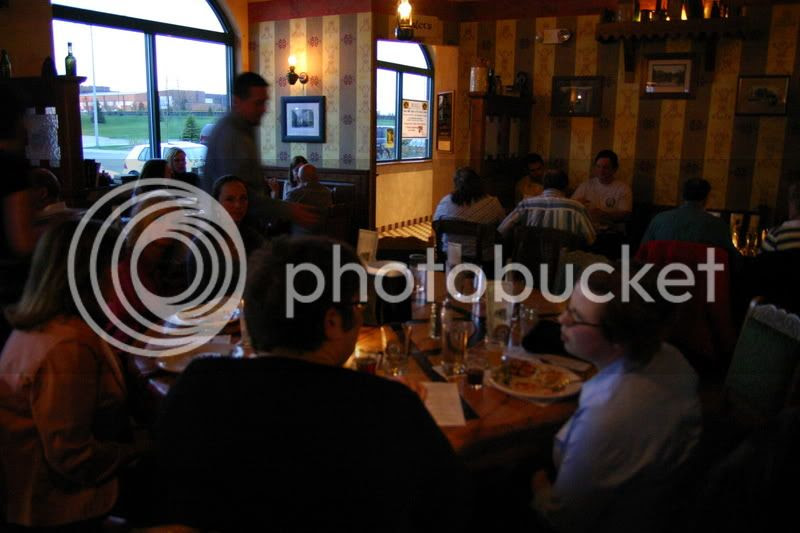 The night before DLD we had a very good crowd of travelers come in from all over the US to check us out before the mayhem began the next day in Munster, IN. A heartfelt thanks goes out to those of you who came and if you continue to show up the night before Dark Lord Day, we will continue to make it worth your while.

I worked DLD for the Floyds guys and it was certainly a spectacle. 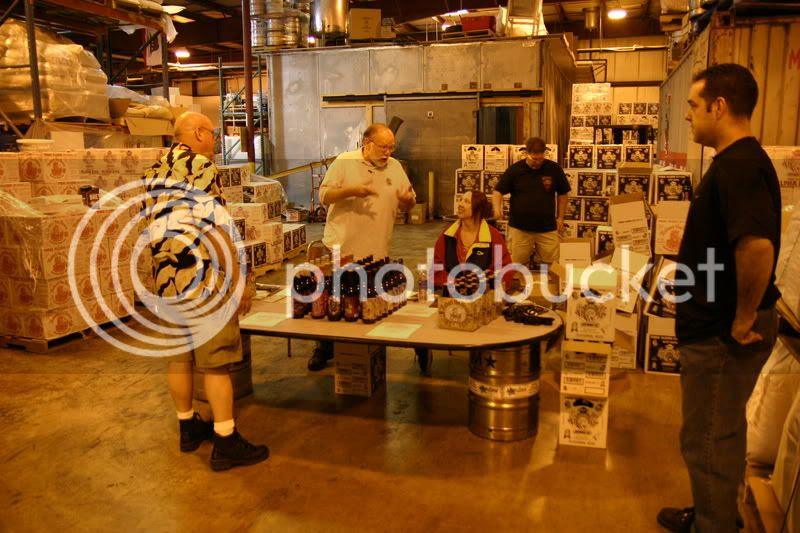 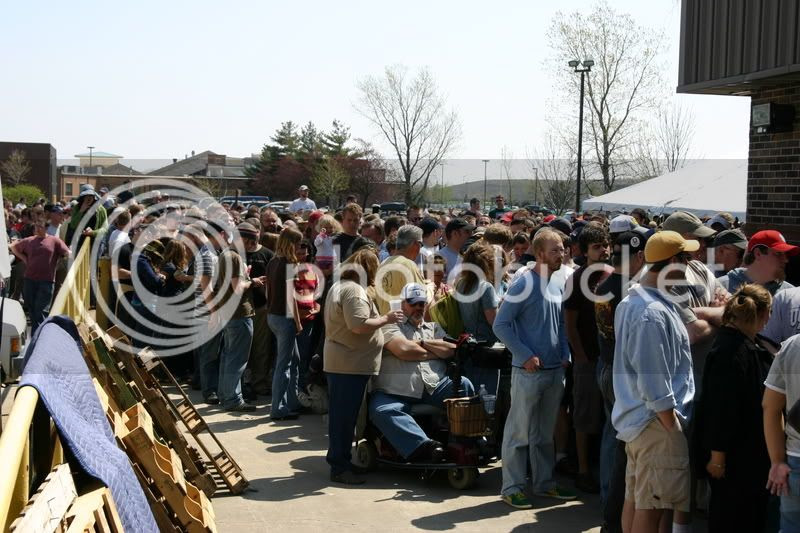 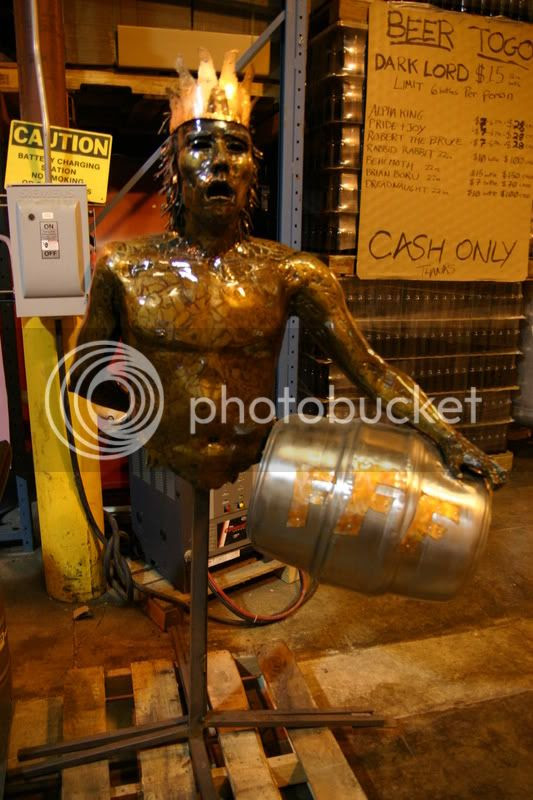 If you have never made the treck to Munster you by all means should, and if you think you know what a parking lot of crazy people looks like, you don't unless you've been to Dark Lord Day.
Posted by brewer a at 10:49 AM