Places we went and Cool things we saw

After Matt checked into the hotel, we took off down the hill to check out the Market. 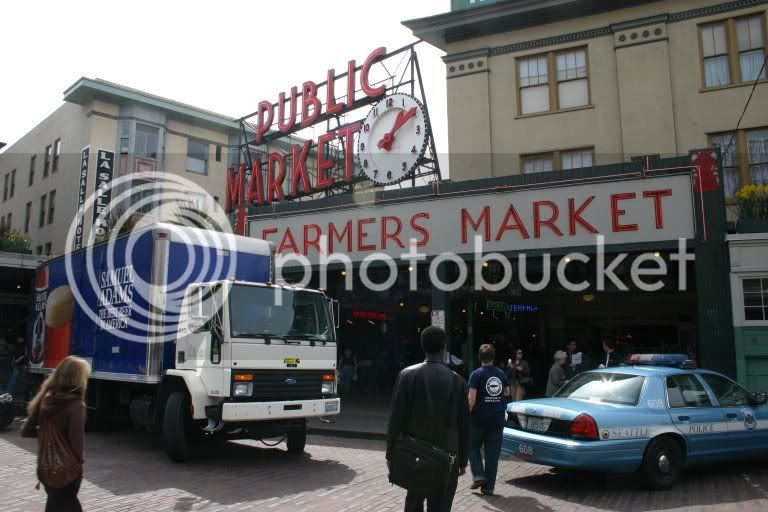 It's one of the most famous destinations in Seattle; it's where they throw the fish and have tons of seafood out for people to buy. 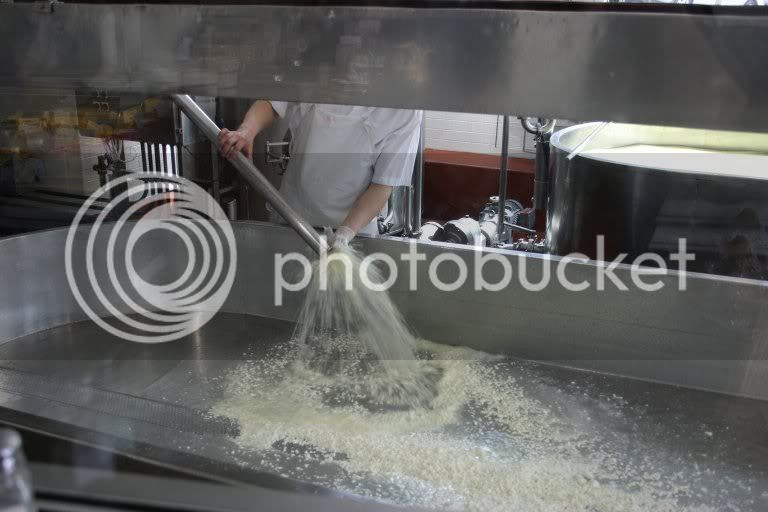 There was a really cool artisan cheese shop that we checked out. They were making curds when we walked by. After we found lunch we dropped in at The Pike Brewery, and found a number of fellow Illinois Brewers. 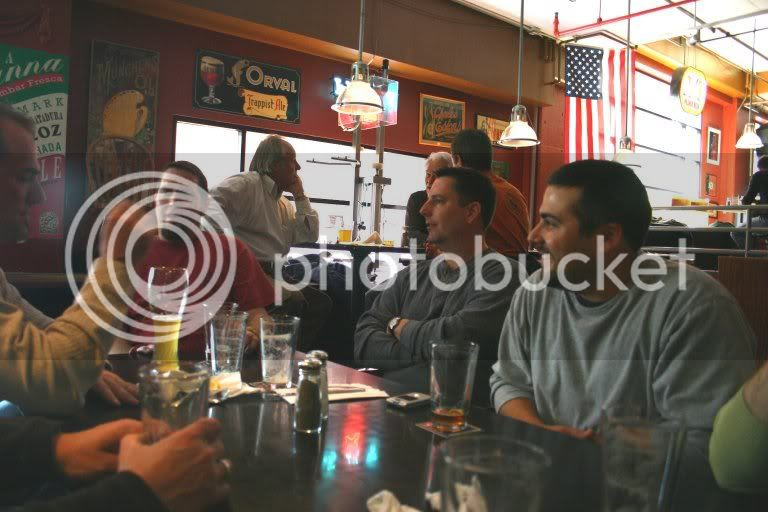 Pike's was a cool place, with an exposed brewhouse. If you are down at the market it is definitly worth checking out and drinking a few beers.

That evening was the welcoming reception for the Conference. It was held at Hale's Ales, one of the more famous Seattle brewing establishments. 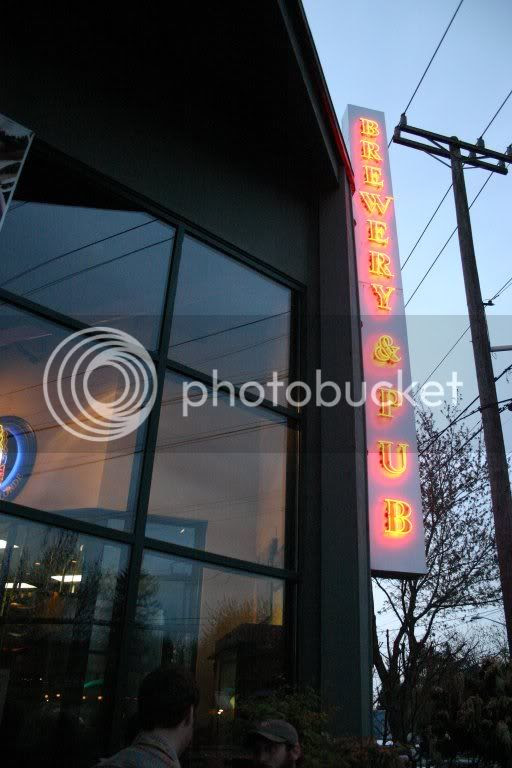 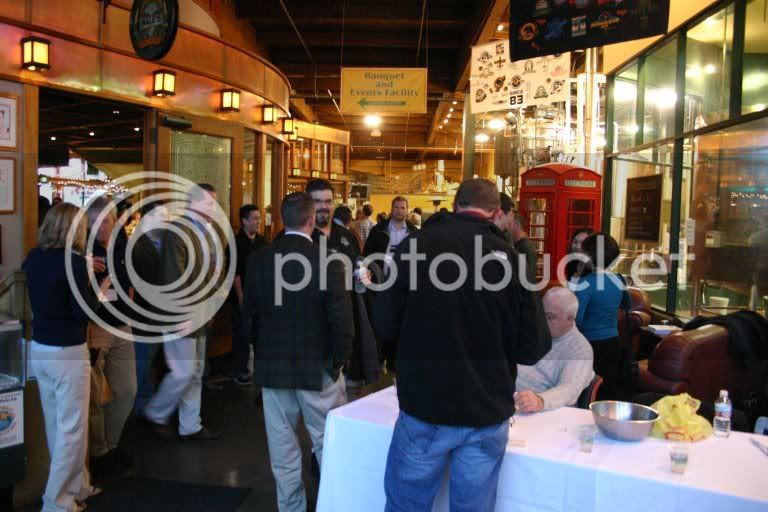 They had lots of appetizers and tons of Northwest beer pouring. 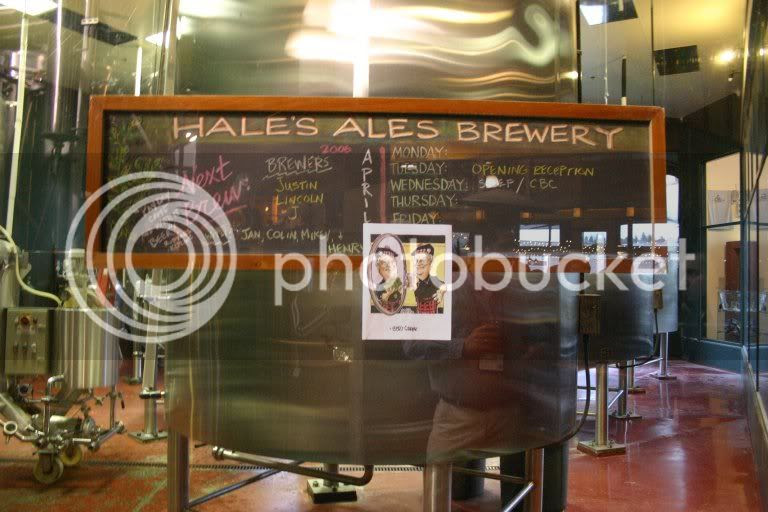 Hale's has open fermenters, which scares the crap out of someone like me, but it clearly works well for them. 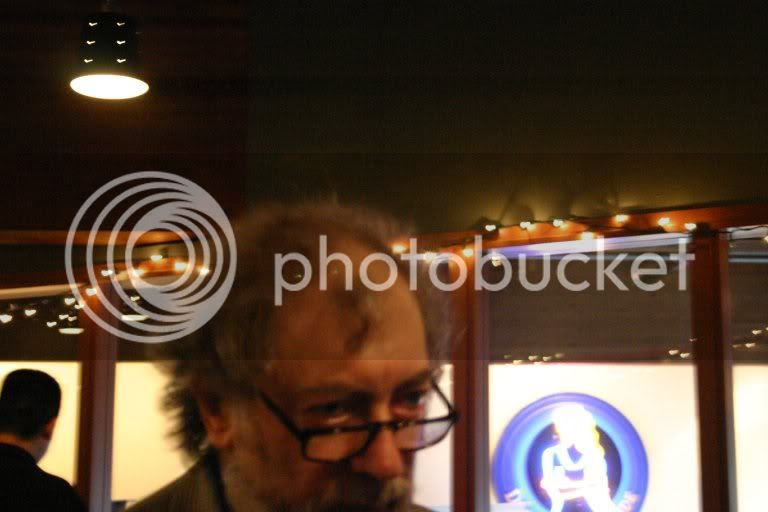 We saw Michael Jackson at the event, a.k.a the Beer Hunter, I asked him to take a self portrait and this is the picture he took.

The next day we checked out Elysian. A very cool place to knock a few back at. 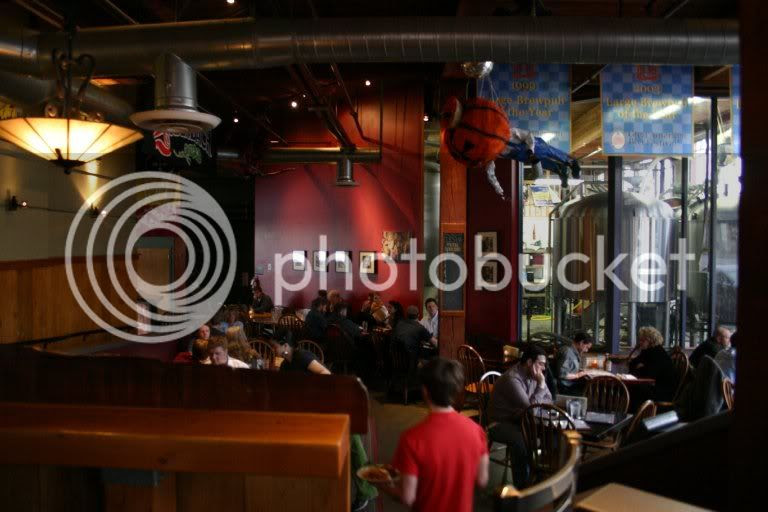 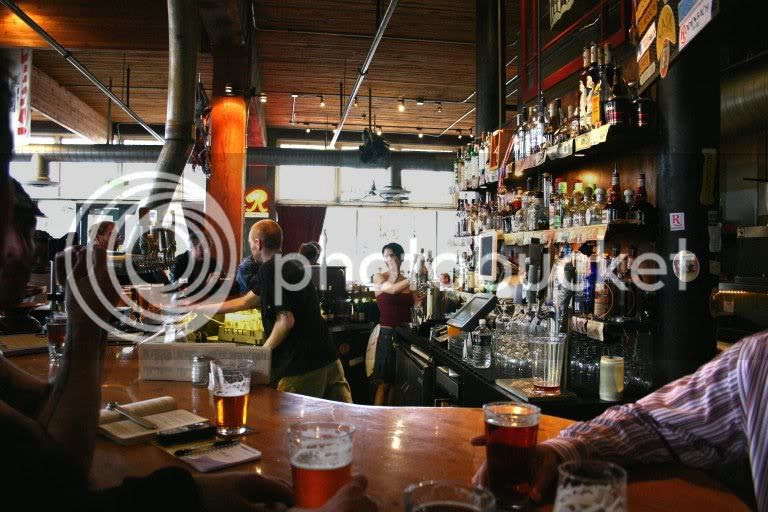 We got to meet Dick Cantwell, their head brewer and share a few words with him.

That night we ended up at Brouwer's Cafe, an incredible Belgian beer bar. They have an alarming amount of Belgian taps and bottles, all served in their proper glassware. If this place was anywhere near my house I would be far poorer than I already am. 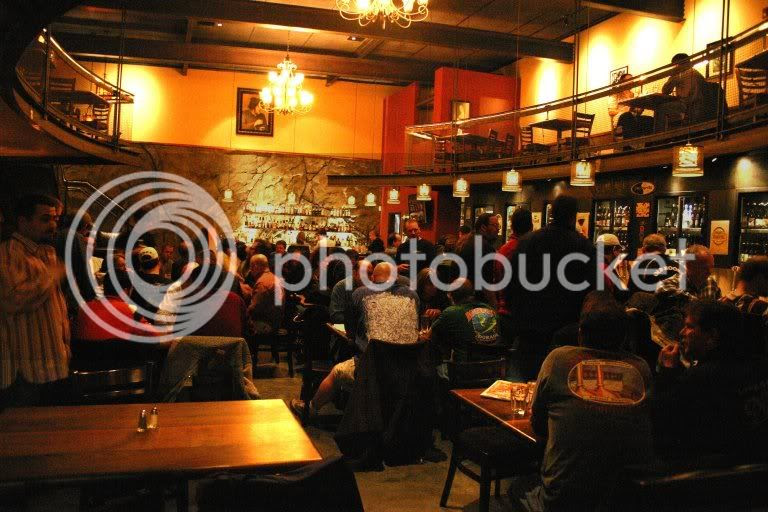 Seattle is a very cool place. I can't help but think Chicago would be better off if quality beer was as easy to get there as it is here.
Posted by brewer a at 11:45 AM

Looks like a good time, wish I coulda been there to kick a few brew backs