So my wife Jenni and I wrapped up my tenure here at FSBC with a whizzbang tour of Belgium. In a few posts, I'd like to let you know some of the things we experienced along the way. Know that we merely scratched the surface on all the things we could have done and experienced as a brewer wandering Belgium.
So we set of on 3 March (that's the European way ;) ) and flew all night to Brussels. This picture shows what it looks like when you arrive: 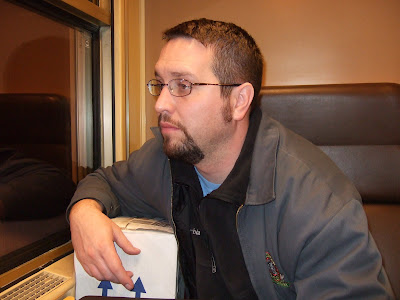 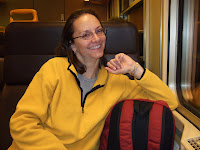 I guess Jenni is looking a little more excited about the week ahead!

First stop, Brugge. This was an old medieval city which has kept it's "oldness" and charm. We liked this city much more that Brussels.

The fist think we noticed were the hundereds upon hundereds of bicycles at the train sation. Wow! that's a good way to commute. 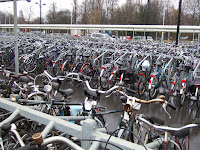 Then of course, you notice the canals. 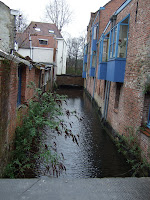 In Brugge we visited De Halve Maan(the half moon), the only brewery still operating in Brugge. They make a beer called Brugse Zot. Light and Dark. Oh and they have started making the Tripel again.
Included in this place is a the modern brewery and also a brewery museum with a lot of old equipment from day 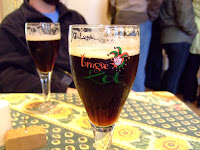 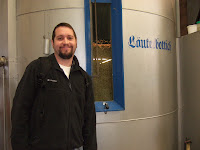 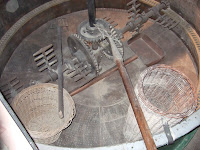 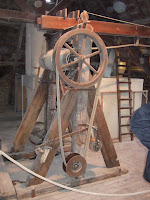 The best part is walking through the coolship to the top of the brewery with a fantastic view of the city. Our only regret is that we did not try the Flemish stew, Carbonnade, that came highly recommended. 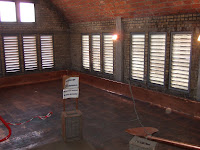 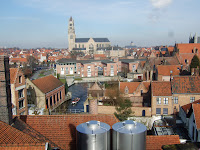 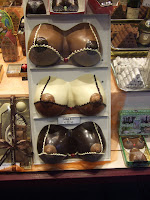 You like Chocolate? They have it all over Belgium!

We also hit the canal tour. Chased some Geese, ya know. 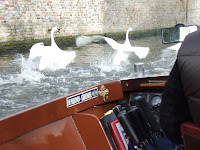 While in Bruge you have to hit t'Brugs Beertje, the little Brugge Bear, but it's full of a lot of tourists. 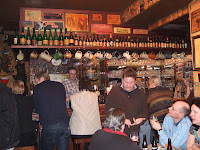 For a little more local flair, try to find De Garre. It's down a VERY little alley that is very hard to find. If you know you are on the right street, just stop and ask someone. the alley is so narrow, it looks like a doorway. What a great little, old building that is hard to find. We went back the next day to take pictures of this little place we wer so happy to find. 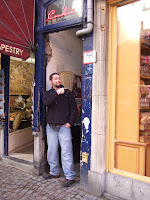 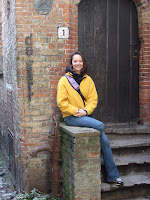 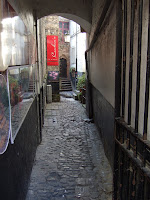 Finally, ya better have some Mussels. Or Moules frites if you will. Good stuff! 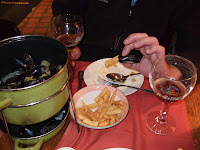