What you Missed at the Luau! Andrew posted our press release a while back announcing the collaboration beer with Todd Ashman of Fifty Fifty Brewing Company (formerly of Flossmoor Sation) in Truckee CA, Zac Treimert, formally the Brewmaster at Upsteam Brewery in Omaha, but soon to be heading up Lucky Bucket Brewing in Omaha as well (sorry logos and graphics aren't ready yet). Zac's other venture is with the Solas Distillery.
Anyway, after a little difficulty getting it to ferment all to way up to 10% abv, we've finally got the Flossmoor Station's version of this Belgian Dark Strong Ale, made with Raisins, local honey, Mexican and Indian sugars, orange peel and black cardamom (whew!) almost ready for a month long aging in the cellar. We'll be putting it in bottles sometime in September (22 oz bottles with red wax on the cap) with this label (if we get TTB approval soon). Once I figure out how to post it on here I will.

Details for the release have not been formalized, but I'm shooting for a Sat. Oct. 4th release at the pub. Check back with this blog for official date and time. Chicagoland will get it after that release, but realize if we sell it all out our distributre will be out of luck. I suggest coming down for a beautiful fall afternoon of beers on the patio.
Posted by BrewerM at 9:21 AM No comments: Ahtanumous IPA (7.0% a.b.v.)
Ahtanum hops + self awareness = AHTANUMOUS
Put enough of something together and sometimes something special happens with intelligence. We added loads of Ahtanum hops to this beer and the beer became self aware. It wants you to love it.

Milky Way Stout (4.1% a.b.v.)
A sweet stout made with lactose that stays behind in the beer because yeast can't ferment it. Creamy with lots of caramel and stouty flavors. And at only 4.1% it's an easy drinker.

Lady Columbia and Ahtanumous available in bottles.
Posted by brewer a at 8:55 AM No comments: 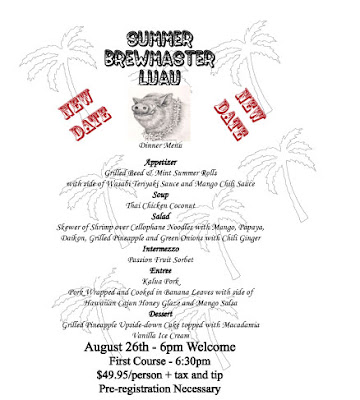 Ahtanumous IPA (7.0% a.b.v.)
Ahtanum hops + self awareness = AHTANUMOUS
Put enough of something together and sometimes something special happens with intelligence. We added loads of Ahtanum hops to this beer and the beer became self aware. It wants you to love it.

12 (9.0% a.b.v.)
This Belgian Golden Strong ale is a recipe developed by Brian Richards of MI who won the B.O.S.S. homebrew competition and was able to brew his beer here. His beer was named Biere Bella after his daughter, and we are using it for our anniversary beer. It begins with a fruity aroma from the unique Belgian yeast. The medium-bodied maltiness is balanced with a slight spicy flavor and a hint of ripe fruits or honey in the background. The finish is clean and dry. There is a bit of alcohol warmth at the end, but please use caution as it is pretty smooth and drinkable. $4.50/snifter

Milky Way Stout (4.1% a.b.v.)
A sweet stout made with lactose that stays behind in the beer because yeast can't ferment it. Creamy with lots of caramel and stouty flavors. And at only 4.1% it's an easy drinker.

Guest Tap: Bear Republic Black Mamba
Posted by brewer a at 11:22 AM No comments:

The IPA has become self-aware

Below is what I cut and pasted from a handout that we will be distributing on Saturday.

4 beers all day and 4 (or is it five???) special barrel aged tappings.


# Smoking is not permitted on Flossmoor trains nor on downtown terminal platforms in the city of Chicago.
# No seats are reserved. Please do not inconvenience other customers by holding seats or blocking seats with parcels or wraps.
# Please refrain from placing feet on seats or upper deck railings.
# Please don't block the tables, making it difficult for passengers to detrain or get more beer.
# Please also be considerate of others while using cell phones.
# Help us maintain a clean environment by not leaving litter on trains, in stations, or in stairwells and walkways.
# Passengers whose conduct is disorderly or unsafe will not be allowed on the train.
Posted by BrewerM at 6:17 PM No comments:

Concentrated Evil in the Tank

Here's some pics of Matt adding honey to the kettle. 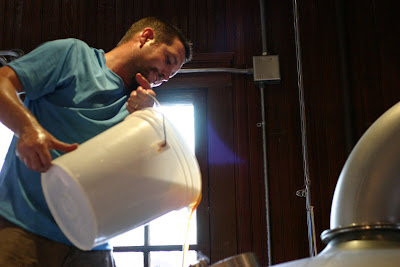 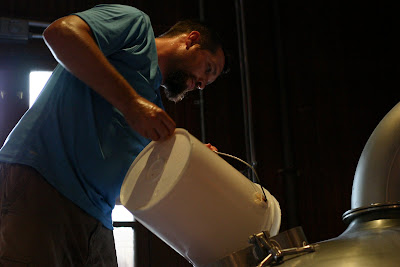 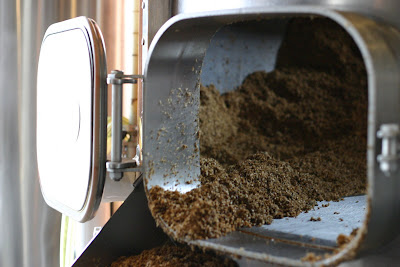 It was really hot on Thursday. Oppressive even.
Posted by brewer a at 5:47 PM 2 comments: