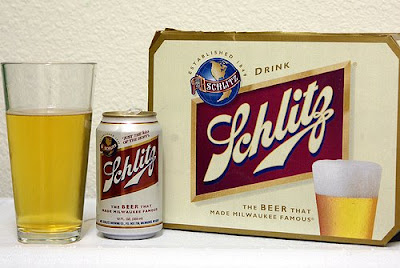 No pictures yet, but not only was the rafting trip a success(great weather, great friends, and good beer in cans-well the Wittkirke was, but the Sclitz was well...the beer that made Milwaukee famous, right?), I found two awesome places in Grand Rapids. the aforemention Hopcat is a fantastic beer bar with great people, food and of course beer. I had two Shorts Beers and tastes of several others The sandwiches and mussels were awesome. I also ran into John Haggerty of New Holland Brewing who is helpng them install their tiny brew system for guest brewers and I think the local homebrew club. He began giving me some consultation on our bottling project. Thanks John! I also met Brett who will head up the brewing system there.
From there we headed over to Founders new brewery and had a Red's Rye and a stout out on the patio. What a great way to waste a Friday afternoon! We then got a backstage tour from Alec. He is the production manager? I think. Founders has a lot of room to grow and I think they have quite a bit of growth planned.
the rest of the weekend was spent with good friends over beer in a lodge in the woods. Good times!
Time for a quick recovery and we head south to Roanoke tomorrow. More to come....
Posted by BrewerM at 3:40 PM